EsportsBetting News 2022 - All the Rage! 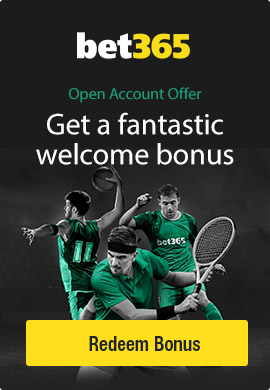 Here at EsportsBetting, we’ve already brought you the best information about how to bet on your favorite eSports. But the world of online gaming is multi-faceted so we thought it’s about time we open up to eSports news. The games. The tournaments. Even the dates. Everything you need to know to keep track of all the games you love can be found right here!

Why is eSports news so important to fans and players alike? Because no one wants to get left behind in an industry that has more news every single day. That’s why we’re going to help you keep up to date with our breakdowns of everything going on in Dota 2, CS:GO, Valorant, League of Legends and many more games!

The world of eSports and online gaming has grown exponentially in the last decade, meaning many more opportunities for fans to get involved with the pro scenes. So why would anyone want to keep track of such an industry? Well, the more you know, the more you could win on those bets and the more you can get involved. Despite our name and our reviews of the best offers, we know that eSports isn’t just about betting, it’s about community and coming together to support teams in the exact same way live sports fans do.

Although much of the eSports news will be centered around the tournaments and competitions (let’s face it, the most exciting part of pro gaming!), it’s also good to keep up with what’s going on behind the scenes.

It’s tricky to keep track of multiple games with so many things going on. We understand the importance of keeping it all together in one place so our eSports news team is going to do just that.

Dota 2 – The MOBA To End All MOBAs

Dota 2 is one of the most well known games in all of eSports and regularly breaks its own record as having prizes with the highest monetary value. Dota is a MOBA (multiplayer online battle arena) where two teams of five players battle it out over 3-5 matches to destroy the enemy Ancient.

Dota is also one of the most international games with players and teams from every corner of the world. The annual Dota 2 International tournament is the biggest in all of eSports and as it’s entering its 11th year, there doesn’t seem to be any sign of slowing down.

Usually, The International takes place over the summer and we have all the best Dota 2 betting sites at the ready. However, it was plagued with issues due to the COVID 19 pandemic in 2020 and 2021. The location and details were changed so many times it made our heads spin. But despair not! We’ll make sure you’re kept up to date with the latest details from this year’s competitions. Our Dota 2 news team are genuine fans and are going to bring you the top updates that we’ll hand-select.

CS:GO – For the FPS News Fans Out There

Counter-Strike: Global Offensive is one of the oldest eSports games out there, having first been released in 2012. Ten years on, the game has grown into an exciting first-person shooter with a multitude of competitions and tournaments where teams from around the world battle it out to come out on top.

There’s a lot more to CS:GO than just shooting the enemy however and team tactics are a key part of the gameplay. At EsportsBetting, we’ll be breaking down the most important things you’ll need to know in the world of CS:GO news to make sure you’re not swept away in a storm of complicated changes and meta.

Our CS:GO news team is here with the expert knowledge to break down the matches and do all the legwork for you so you can get back to what’s really important: enjoying the game!

League of Legends – A Huge League with Tonnes of News

Next up on our list, we have League of Legends! This game is another MOBA, similar to Dota 2 in that players must choose from a huge pool of heroes to fight on their behalf with the goal of destroying the other team’s Fountain.

Many of the world’s biggest eSports organizations and teams are involved in League of Legends. There are tonnes of leagues from across Europe, North America, China, Japan, Oceania and Latin America so no matter the time of year, you’ll probably be able to find an exciting ongoing series.

All of these tournaments culminate in both a Mid Season Invitational tournament before the World Championships. All these competitions are a great way to get involved and as always, we’ve got the best League of Legends betting sites reviewed right here!

Valorant – A New eSport Breaking Into the Industry

Valorant is one of those games that expertly blends the most exciting aspects of many other eSports. Yes, it’s an FPS game. Yes, you’ll play as a hero with abilities. Yes, there’s a lot to learn. But there’s also a huge payout for those who get involved.

It’s just about the youngest game on our list of eSports having only been released in 2020. However, it’s already grown massively in popularity which is great news for those who love watching the professionals and keeping on top of all the Valorant news.

Don’t see your favorite game on this list? Don’t worry! We know there’s more to eSports than just the top 4 games. We’re going to be keeping up with tonnes of other popular eSports games including:

So there’s plenty for us to be going on with! Not sure which game to get started with? We’ve got you covered with our guide to the top eSports right now!

Overall, we’re pretty excited about this new venture for EsportsBetting. We have always prided ourselves on bringing you the most up-to-date information about your betting potential. Next, we thought that bringing that same pride and passion to news can only be a good thing.

Latest News
The Final of the Dota 2 Stockholm Major is Here!
There’s been a week of hard fought Dota ...
ESL One Stockholm 2022 – DOTA 2 Major Tournament is upon us
With the end of DPC season 2, the ...
Overwatch Regular Season Kicks Off!
If you want to bet on Overwatch League ...
R6 North American League 2022 Stage 1 Tournament Preview
Rainbow 6 NA League 2022 Season is about ...
Valorant Champions Tour – EMEA Challengers Promotion Stage 1 Begins
Yet another tournament is upon us as Valorant ...
Provider of the Month

Get Your Bonus Now!
Top Brands
Top Bonuses
Where to Play Top Games
Best Sportsbooks
Best Casino Sites
Newcomer Guides
UK: Players must be 18+. If you are having trouble with gambling then help and advice can be found at begambleaware.org.