Dota 2 betting has become so famous because of Dota 2’s extremely lucrative events. To give you an example, The International 10 (TI 10 for short) had a total prize of $40 million.

So what does a huge amount of money like this normally mean? A clash of giant eSports organizations and tons of thrilling matches! To bet on these matches, you first have to browse through truckloads of gambling platforms, a completely boring task that we’ll spare you by making a list of the best Dota 2 betting sites. Meet them today!

Read More
Provider of the Month 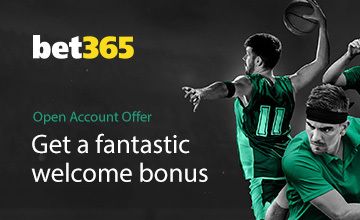 -
Provider of the Month

You can find the top providers here!

Dota 2 is a video game under the multiplayer online battle arena (MOBA) category where you basically pick a hero from a massive pool, control that hero to attack and cast its unique set of skills, get gold to buy items that will make that hero stronger, and cooperate with four other teammates to destroy the enemy base.

As one of the most popular eSportshttps://esportsbetting.com/games/ on the planet, the Dota 2 ecosystem is filled with competition. Its diverse community of players and teams are always trying to dethrone each other, motivated by the many millions of dollars involved in the purest of all Dota 2 eSports events: the flagship annual tournament entitled “The International.”

You can download and play Dota 2 on Steam, a video game distribution platform developed by Valve, the developer of Dota 2 itself.

Many Dota 2 eSports events happen every year, which means you’ll have plenty of opportunities to make some killings. The most popular Dota 2 event to look forward to is the annual event called The International, where the world’s strongest Dota 2 teams fight with millions of dollars on the line.

Next to The International are events called Dota Major Championships and Dota Minor Championships. There are also Dota 2 item betting sites where you can win items if you know how to correctly set your predictions. To do this, you have to know exactly how to bet on Dota 2.

How to Bet on Dota 2

Just like there are many Dota 2 betting sites online, there are also many types of bets you can make when betting on Dota 2 eSports events. Here are the most common ones:

Most sites that offer betting on Dota 2 eSports events originally start as either a sportsbook or casino. They only jumped to the eSports bandwagon when major competitive video game tournaments started attracting public interest and, in turn, money.

Because the site focuses on video games, it has nearly all the biggest eSports titles you can think of, such as Dota 2, Counter-Strike: Global Offensive (CS:GO), and Overwatch to name a few. Rivalry is also a celebrated League of Legends betting site because it includes every League event that Riot Games produces.

Loot.Bet offers all kinds of Dota 2 eSports events, from Dota Minor Championships to Dota Major Championships. You can also bet on the many Dota Pro Circuit (DPC) events that happen throughout the year, where the world’s top Dota 2 teams battle each other out to earn DPC points.

What’s more is that you’ll certainly have an enjoyable betting experience with Loot.Bet’s engaging site. The design is so simple and modern that you won’t need to read a guide on how to bet on Dota 2 and other titles using their platform.

The look of the website looks like a game lobby itself thanks to cartoonish images, gradient buttons, and flashing neon lights. You can easily view the games they offer the moment you visit their homepage. Spoiler alert: their collection of eSports titles will exceed your expectations.

GG.Bet is the third dark-themed eSports betting site on our list (because that’s how you know they’re into video games, right?) But unlike Rivalry and Loot.Bet, GG.Bet only offers a handful of eSports titles including CS:GO, League of Legends, and Dota 2, which are probably the greatest sources of entertainment of the whole eSports betting industry.

For some reason, GG.Bet doesn’t expand to the Fortnite eSports betting niche and other markets with massive player bases, which is weird since it includes StarCraft 1, Warcraft 3, Rocket League, and Rainbow Six Siege in its eSports collection, games that have smaller audiences.

To make up for having not enough eSports titles, GG.Bet offers a lot of football and basketball eSports matches, much like it offers a long list of Dota 2 eSports events. You can also find more welcome bonuses and promos at GG.Bet, with exclusive, time-limited deals getting created for customers daily.

With Arcanebet, we’re going to talk about eSports betting sites that dabble with other vertical markets, mainly casino and traditional sports betting. These eSports betting sites can still have a large collection of eSports titles although they tend to lack features that you’d normally see in dedicated eSports gambling platforms, like daily quests rewards, eSports-related promos and bonuses, and better eSports odds.

While Arcanebet doesn’t offer that many eSports names, it does offer the biggest ones. The site always has many League of Legends, StarCraft 2, Overwatch, Rainbow Six Siege, and Dota 2 eSports events for you to bet on. On top of that, Arcanebet is among the best CS:GO betting sites as it covers most events produced by organizers like ESL, DreamHack, Major League Gaming (MLG), and StarLadder.

If you watch a lot of eSports events, there’s a good chance you’ve seen Parimatch before. This betting company is very active when it comes to marketing, which is why they’ve managed to form many partnerships with the leading eSports teams such as Fnatic and Team Spirit. They’ve also landed Conor McGregor and Mike Tyson as their ambassadors!

Placing your Dota 2 betting predictions in Parimatch is as easy as it can get. They offer fair odds and many eSports titles including Valorant, CS:GO, League of Legends, Rainbow Six Siege,, and Arena of Valor. You can even take part in Starcraft 2 betting with real money!

At first glance, Cyber.Bet doesn’t seem to offer anything new from what we’ve already covered. It lets you bet on the usual eSports titles, like Dota 2, League of Legends, CS:GO, Overwatch, and Starcraft, by including many events on their site.

But what makes Cyber.Bet stand out is its diverse payment methods. Regardless of where you live, you’ll be able to make transactions using credit cards, prepaid cards, digital wallets, traditional options, and cryptocurrencies.

Perhaps the only biggest downside of Cyber.Bet is that it’s currently not available in the US and UK, which means American and British bettors would have to find another bookie that offers Dota betting.

Speaking of Dota betting, you can easily track the Dota 2 betting predictions you place in Cyber.Bet thanks to its live betting features. You can add matches to your account’s “Favorite” section and watch those matches unfold through the live stream.

When it comes to eSports betting, Dota 2 bettors (or at least some of them) look for sites that have extremely fast payouts above all else. If you’re one of these bettors, you’re in luck! Sportsbet.io is an eSports betting site that specializes in cryptocurrency, unarguably the fastest payment method there is.

Sportsbet.io supports Bitcoin, Ethereum, Dogecoin, Binance Coin, Tether, and many more cryptocurrencies! Since they’re the leading cryptocurrency betting site, they definitely deserve to be mentioned here along with their site’s most notable features.

While the site has fair odds, a friendly interface, and professional design, its Dota betting isn’t quite there yet. And by this, we mean that the only Dota 2 events that Sportsbet.io covers are the major ones, including Dota Minors, Majors, DPC, and The International.

Betway may not look like a lot at first. Its homepage looks somewhat plain and outdated so you’d be forgiven for having second thoughts about its authenticity. But once you go to Betway’s eSports betting page, you’re going to see why it’s one of the most legit online betting sites by looking at their partnerships.

Betway sponsors some of the biggest eSports organizations in the world such as PSG.LGD and Ninjas in Pyjamas. Plus, while they don’t have the most outstanding site design, they do offer a ton of CS:GO, Valorant, League of Legends, and Dota 2 eSports events. Dota betting here is good in particular because of how focused Betway is on Dota 2’s market.

Another disadvantage of Betway though is its lack of eSports titles. You can’t bet on other famous competitive video games right now like Fortnite and Call of Duty: Modern Warfare. There are also no Overwatch eSports events listed on the site at the moment.

You can also place as many Dota 2 betting predictions as you like with this bookie because it includes all kinds of Dota 2 events. You can even bet on Dota 2 matches between local teams.

The site design is a little bit traditional, but features like “Save Bet,” “One-Click Bets,” and “Load Bet Slip” make the whole betting experience really enjoyable.

As you can probably tell just by reading its name, Dota2Lounge is a dedicated Dota 2 betting site where you can trade your Dota 2 items and bet with your money. Basically, you trade your items with the items from the site itself by entering a trade link. Once you’re done selecting items and paying a small fee for the site’s services, you can confirm the trades.

This site is also a more convenient Dota 2 betting site than others because you can log in to it directly from your Steam account. It offers all kinds of Dota 2 events that are being held from different parts of the world, which means you literally won’t run out of matches to bet on. Since the site is solely about Dota 2, it has a wide variety of bets that you won’t find anywhere else.

Of course, the decision is up to you. As long as the betting site you’ve done your research and the specific bookie that you’re eyeing is available in your area, you should have no problem.

For us, we prefer betting sites that focus on the eSports market because they tend to offer more types of bets and better bonuses and promos. They also have a larger eSports titles collection and they’re more in touch with the spirit of gaming as a whole.

🖐 What is the best Dota 2 betting app?

GG.Bet is one of the best Dota 2 betting apps because it offers a lot of Dota 2 events and other eSports games. On top of that, GG.Bet also gives you many types of Dota 2 bets that you won’t find on other betting sites.

Yes, some Dota 2 betting sites are all about items. The most famous one is Dota2Lounge, where thousands of Dota 2 items get traded and exchanged every day. Some CS:GO betting sites also offer gambling and trading with items. 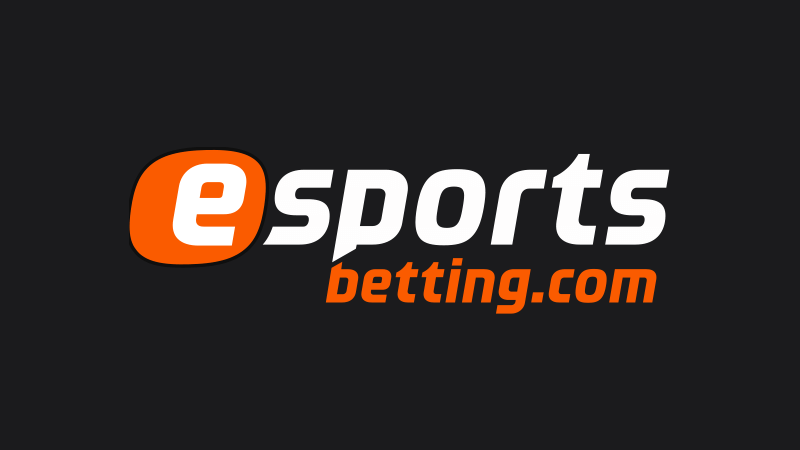 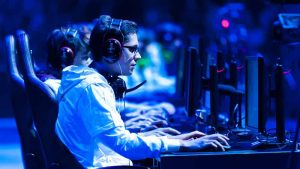 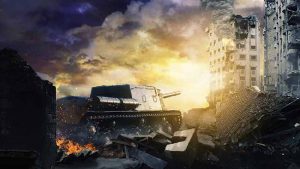 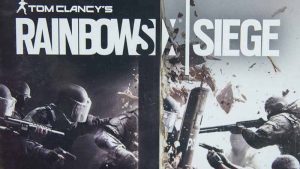 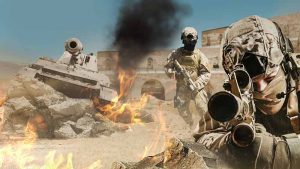 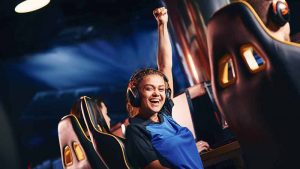 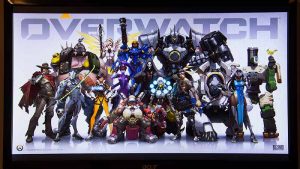 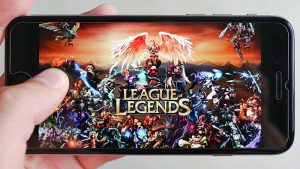 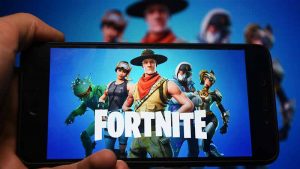 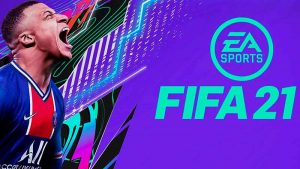 -
Esports Betting Sites per Game:
Top Brands
Top Bonuses
Top Brands
Where to Play Top Games
Best Sportsbooks
Best Casino Sites
Newcomer Guides
UK: Players must be 18+. If you are having trouble with gambling then help and advice can be found at begambleaware.org.