BLAST Premier Spring Groups 2022 is the first CS:GO tournament of the year where teams like Natus Vincere (NaVi), G2, and Team Vitality come to play. After all the shuffles and roster changes that took place during the off-season, the heat of the competition is back. 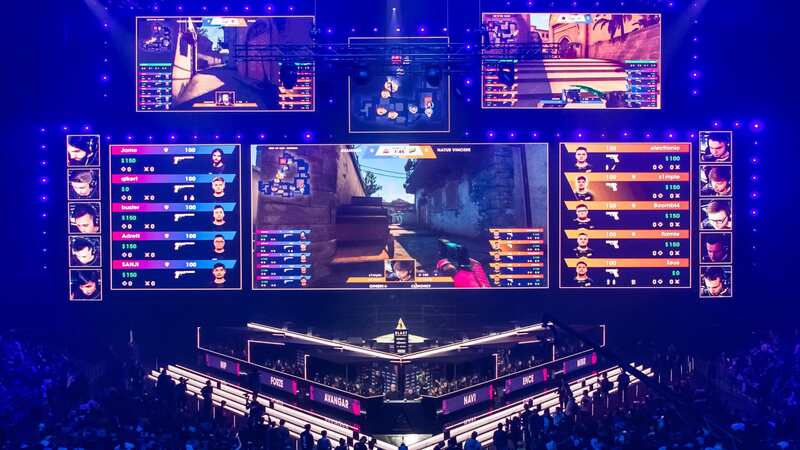 Group A began on the 28th of January with G2 as the clear favorite. Now having Aleksi “Aleksib” Virolainen from OG and 16-year-old prodigy player Ilya “m0NESY” Osipov from NaVi Junior, the team started with an assertive performance, beating Complexity Gaming (COL) 16-12 and Ninjas in Pyjamas (NIP) 16-6 in the upper bracket.

On the same day, NIP defeated Berlin International Gaming (BIG) 16-9 in the lower bracket to face G2 once again in the finals. The map was Mirage, and the match began 6-0 in the favor of G2. However, NIP immediately closed the gap and turned the tables by winning 9 rounds in a row.

The game then proceeded with NIP having a 7-point lead at 15-8. When it was time for them to close the round, G2 rallied to make an amazing 7-round consecutive comeback, pushing for overtime. At 18-17, G2 missed the chance to close the round themselves after a failed attempt at the B Site. It was NIP’s turn to push for double overtime.

In the end, G2 won 22-19 on Counter-Terrorist side to earn themselves a spot in the finals of the play-in stage.

In Group B, OG pulled an upset by winning all their matches in a one-sided fashion. Although the team has fought many S-tier teams before, they’ve only taken 1st place in a handful of CS:GO tournaments, the most recent being Spring Sweet Spring #2 on the 6th of January and Intel Extreme Masters Season XVI – Summer: European Qualifier two days before that.

With Nemanja “nexa” Isaković from G2 as the latest valuable addition to the team, OG knocked off Astralis 16-8 and Made in Brazil (MIBR) 16-9 onto the lower bracket. Astralis then went on to beat PGL Major Stockholm 2021 champions NaVi 19-17 and MIBR 16-9 on the same day, proving CS:GO eSports betting sites wrong.

The new OG showed their dominance by putting Astralis in the same situation as earlier, taking a quick 7-0 lead on Inferno. They won 16-8 with Valdemar “valde” Bjørn Vangså collecting 30 kills in total.

Arguably the most anticipated matchups belonged to Group C, where Vitality, Evil Geniuses (EG), FaZe, and Team Liquid met for the first time since BLAST Premier World Final 2021. The favorite was Vitality, CS:GO’s 3rd strongest team at the moment according to HLTV.

With Robin “ropz” Kool as their newest member, FaZe sent Team Liquid to the lower bracket 16-3 but were defeated by Vitality 15-19 in the next game. When Liquid beat EG on the same day, the FaZe-Liquid rematch was set. The classic FaZe CS:GO spirit was on full display as they won 19-17 to face Vitality on Overpass in the finals.

Seeking revenge, the new FaZe seized the upper hand by winning 4 rounds in a row from Round 7.  In Round 23, the score was 14-8 in favor of FaZe with ropz putting in 28 kills. They lost the next round after Mathieu “ZywOo” Herbaut picked up 2 kills with the AWP but was able to close the game in Round 26 thanks to Håvard “rain” Nygaard amazing 4K Deagle play.

What Comes Next in the Tournament

The quarterfinals of the play-in stage will commence on the 3rd of February. It will include 3 games: COL-MIBR, NaVI-Liquid, and EG-BIG. The winners will face Vitality, NIP, and Astralis in the semifinals while G2, OG, and Faze await in the finals.

Many eSports bookies have already laid out their odds for the upcoming fights. As expected, NaVi remains the favorite. Will underdogs like Team Liquid and Evil Geniuses be able to do the unexpected?