Dota 2 Dragon’s Blood season 2 dropped on Netflix on January 18th 2022.  Rest assured there are tons of new heroes introduced. We’ve got all of them and their implications in the story right here. Warning: major spoilers for the Dota 2 anime ahead.

As fans of season 1 will already know, Dragon’s Blood is centered around the story of Davion, the Dragon Knight. We’ve already seen major heroes such as Luna, Mirana, Terrorblade and brand new hero Marci in the often bloody story. All of these old favorites continue to make a big impact on the series and display their power over and over. But season 2 goes all out with making the races of other hero’s races canon, even if we might not see the heroes themselves yet. 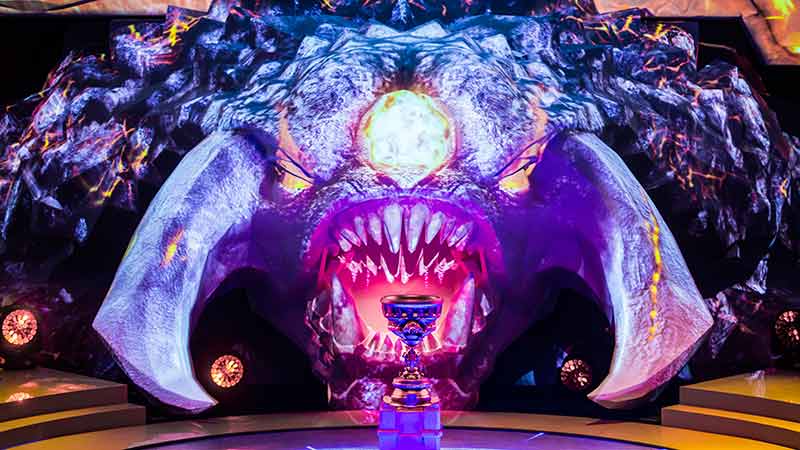 Pangolier: One of the most prominent new characters is Hieronimo, a Pangolier that assists Luna in her escape from prison along and with some silver-tongued humor, he provides some much-needed comic relief to this battle heavy season. Although we have yet to see Donté Palin himself, his fellow Pango certainly makes an impression!

Ursa: The bear-like race is made canon in the form of Asar, a guard captain in the Helio Imperium and a source of loyalty to Mirana. This is particularly interesting as up to this point, the only Ursa known by name was Ulfsaar, the hero in the game. Ulfsaar himself has not yet made his debut but it is a distinct possibility in the future.

Oglodi: The Oglodi in the Dota 2 anime are a humanoid race with either distinctive red or pale skin as well as large, flat noses. Heroes such as Axe and Disruptor are both Oglodi. Although we haven’t seen either of these heroes specifically in Dota Dragon’s Blood season 2, a number of Oglodi are featured in prison with Luna and all are proved to be excellent fighters.

Levianths: Eagle-eyed viewers may have spotted a brief glimpse of a Levianth in the prison scenes with Luna, although he seems to lack impressive size. Fans of legendary offlaner Tidehunter may well be hoping that he will feature in a later season.

Djinn: Their appearance may be very brief but nonetheless impactful. A number of creatures resembling Sand King appear in episode 6. However. they are swiftly taken down by the might of Lina. Other heroes of this race include Bounty Hunter, although there is no mention of him.

Final spoiler warning right here! We’ve got the list of all the new confirmed heroes.

Lina – Fans may already have known that Lina would feature in this series because of the trailer dropped at TI10 but that doesn’t stop her appearance from being exciting. Lina’s control of fire is evident throughout the season as she aids the Helio Imperium under the name “Slayer”. She’s even confirmed as “more ember dragon than human” in episode 1 and she certainly proves this in later episodes.

Crystal Maiden (Rylai) – Although she is not referred to by her hero name, Rylai makes a prominent appearance as a friend and rider of Winter Wyvern. It is also confirmed in this canon that she is Lina’s sister, although their relationship leaves much to be desired.

Winter Wyvern (Auroth) – Auroth is the oldest Eldwyrm in the canon so it only makes sense that she would make an appearance in Dota Dragon’s Blood season 2. Like Davion, she displays the ability to turn into a human woman. However, she doesn’t face the same devastation of Slyrak while in dragon form. Her lack of knowledge about human humor again adds an extra layer of depth to her character.

In the anime, Vanari is a bounty hunter sent to kill Mirana during her stay in the Helio Imperium. By the creator Ashley Edward Miller’s own admission, she will “accept any job for the right price”. While Vanari is not available to play in the game just yet, her fighting abilities with a bow are unrivaled. Fans may find that she is the next hero to be added to the game. However, this may be a little disappointing for those hoping Elf Fymryn would also make an appearance soon.

Season 3 of the anime has yet to be confirmed and season 2 is certainly left in a place where the fate of many heroes is brought into question. There is plenty more for the series to go at that we’ll keep up with at EsportsBetting news. In the words of Slyrak, the battle has just begun.