Natus Vincere, a well-known CS:GO team, has climbed their way to the playoffs phase at the IEM Katowice Season XVI. Their journey was not easy, but they managed to overcome all difficulties and come on top.

They had a quite rocky road in the group stage, especially against FaZe Clan and ENCE. Both of these teams managed to take one map from NaVi. Anyhow, it’s clear that NaVi deserves a spot at the playoffs since their performance was on point in every match of the tournament so far. 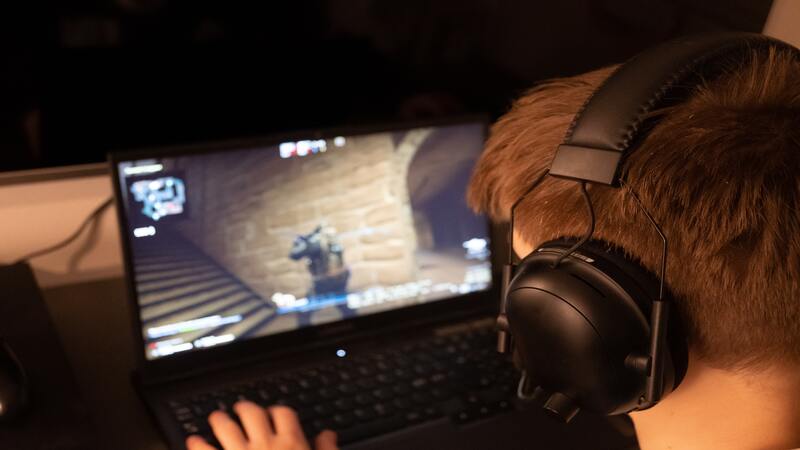 As we all know, the NaVi CSGO team is the current world champion, meaning they won a lot of tournaments in the past year. However, they couldn’t manage to win IEM Katowice 2021 since they were knocked out by Gambit Esports in the first round of the Playoffs stage. This is definitely a great motivation for the team to win IEM Katowice this year.

That’s probably the reason they performed so well in the group stage. Their game was on point as they managed to win all 3 matches in a row. The first match was against ENCE, where NaVi took the lead, but ENCE got back on the horse and won the second map (Nuke). In the third map, NaVi was flawless with great discipline which was clearly the reason why they won. After that, they had a pretty one-sided game against FURIA Esports where they won 2 maps with scores of 16-2 and 16-14. The last match was against FaZe Clan where NaVi surprisingly lost the first map. They succeeded in the second map and won the third map 22-19. The third game was so intense and full of action.

It’s clear that NaVi is stomping through this tournament without many problems. Their gameplay differs from map to map which makes it difficult for their opponent to keep track and counter-play them. In that light, bettors are happy to hear that NaVi is the best team to bet on at IEM Katowice. This is definitely the case since this team is hungry for victory and success, especially because they didn’t win it last year.

On top of that, there are plenty of online places where you can place a solid bet. To be more precise, you should explore our CS:GO betting strategies and see what’s the best way to prioritize your bets. For example, sometimes it is better to bet on a single-player performance rather than a team winning the match. There are all sorts of bets available for exploring.

Since the group stage is over, and only the best of the best advance further, there will be a lot of action going on. The champion of the tournament takes home $400.000 and collects 1800 Pro Tour points and 3200 BLAST Premier points. It’s safe to say that stakes are high for every team in the playoffs. Therefore, FaZe Clan is facing Gambit Esports and Virtus.pro is going against G2 Esports. All 4 of these teams are quite strong and it’s not clear who will win. However, 22Bet online casino provides the best odds for the “underdogs’’ in quarterfinal matches. So, betting on FaZe and Virtus.pro might be a good idea if you want to risk it with a big reward coming your way if you succeed.

On the other hand, NaVi is waiting for the winner of G2 Esports and Virtus.pro, and this gives them more time to prepare for the match. This is actually the main reason why 1st position in the group is important, it gives them an advantage in the upcoming match. Also, Gambit Esports is not only going to potentially meet NaVi up until the grand finals, and we know that they are able to beat them without a lost map. But, they are not that strong against Heroic, which is the best team to overtake the throne from Gambit Esports, who is a titleholder at this tournament. Therefore, it’s not that strange to see bookmakers like bet365 give such low odds for NaVi winning the tournament (odds 1.5x).

NaVi is performing well so far in the IEM Katowice Season XVI. Since the playoffs are starting soon, it’s a good idea to find the best team to bet on and try to predict who is going to stand up to NaVi’s dominance.

With that being said, it’s only a matter of time when bookmakers change their odds which can greatly affect the outcome of many bets. Make your move now and remember to find some great bookies here at our bookmaker reviews.