On March 13, OpTic Texas will face LA Thieves in the Call of Duty League 2022: Stage 2. There are other matches at that time of the event, but this one in particular is what fans and bettors are anticipating the most.

The reason? There’s a big opportunity waiting whether you want to support one team or the other. In this article, we’ll try to unpack what we mean by this by going through each team and understanding their differences. Thanks to OpTic Texas and LA Thieves, Call of Duty enthusiasts who are hoping to start their betting careers now have the perfect moment to do so! 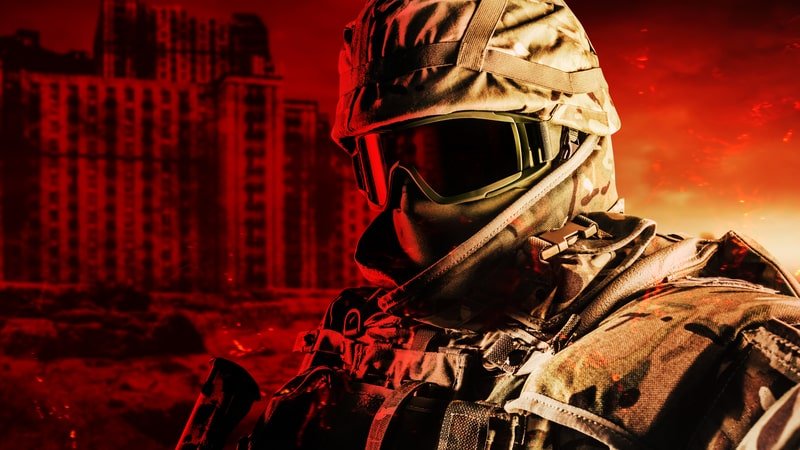 If you’re a true Call of Duty (COD) fan, you’re probably already familiar with OpTic Texas and LA Thieves as they’re among the most popular NA teams in the pro scene. If you’re not, then here’s a brief introduction of these two.

OpTic Texas is the matchup’s favorite for a couple of reasons. First, they’ve won more S-tier tournaments than LA Thieves, such as COD League 2022: Stage 1 Major, to name the most recent. You won’t see their long list of achievements in their history as the team is a recent merger between Team Envy and OpTic Gaming, but looking at these two big organizations before the merge should give you a good picture of how capable they are. For example, Dallas Empire, which was Team Envy’s COD team, had approximate total earnings of around $2,400,000. Meanwhile, the other party, OpTic Gaming, had about $2,390,000, almost the same number.

Combine these two powerhouses and fuse their most valuable assets into a single, crystallized point and you get OpTic Texas. Their players include Brandon “Dashy” Otell, Indervir “iLLeY” Dhaliwal, Seth “Scump” Abner, and Anthony “Shotzzy” Cuevas-Castro, all have a combination of around $1,900,000 in accumulated earnings, which goes without saying is insane! Check out Betway eSports to find the best odds for this potent lineup.

On the other hand, you’ve got LA Thieves, a team owned and operated by eSports org 100 Thieves. Their roster includes Kenny “Kenny” Williams, Zack “Drazah” Jordan, Sam “Octane” Larew, and Dylan “Envoy” Hannon. They have about $1,050,000 in pooled earnings, even eclipsing LA Thieves’ $125,000. They don’t have rad results like OpTic Texas, and they mostly finish 5th-6th. They did reach 3rd on COD League 2022: Stage 1 Major, the tournament that OpTic Texas claimed about a week ago. That’s something worth considering.

What Are the Odds?

Let’s dive in really quick into the odds currently assigned to these teams so that we can gauge just how far the gap is. Bet365 eSports, one of the most trusted bookies on the planet, is offering 1.30 for OpTic Texas to win the match and 3.40 for LA Thieves to do the same.

For GG.Bet, arguably the most classiest-looking bookie out there, it’s nearly the same except they’re offering 3.38 for OpTic Texas, 2 cents less. If you’re looking for a particular payment method that Bet365 doesn’t support, then maybe signing up for GG.Bet is a good idea for you. They also offer promos all the time, perhaps among the few eSports bookies, you can expect to make one almost every other day (if not every day).

As an alternative, Unibet doesn’t seem to doubt LA Thieves as much. They give them 2.70, which is noticeably less than what Bet365 has to offer. To compensate, they’re willing to give 1.41 for OpTic Texas, an 11-cent difference compared to Bet365 that could be the deciding factor for eSports bettors who definitely know how to put their money where their mouths are.

Overall, there’s quite a large spread. Let’s take a look at why this is the case.

Why Betting on COD This Time is the Right Time

Frankly, you should bet because there’s a strong argument for both sides (other than betting on COD is fun). OpTic Texas made a statement in Call of Duty League 2022: Stage 1 Major. They were probably getting a feel of each other’s movements and thought processes before the Major, but now they’re here to play and earn their paychecks. As we’ve mentioned, they are the super team of the event, rivaling the almighty Atlanta FaZe. And 1.40 for them to win is very, very appealing.

If you’re an underdog bettor, you’ll be glad to know that LA Thieves managed to pull off an impressive performance against Atlanta FaZe in the same tournament. They scored 2 in a best of 5 after beating New York Subliners and Minnesota RØKKR. The question now is: have they picked up the pace since the last time and adjusted their strategies? Sure, OpTic Texas is one beast of a team, but LA Thieves winning against them in Group Stage of Stage 2 won’t be the greatest upset of all time.

OpTic Texas vs LA Thieves: What We Think

We’re not here to give you betting advice, for obvious reasons, but feel free to expand on what we’ve put together here. We think OpTic Gaming is just on a different level right now as they’ve already proven in Stage 1, but LA Thieves is pretty capable of delivering a shocking performance themselves. If they nearly knocked off Atlanta FaZe at Lower Bracket, what stops them from one-upping OpTic Texas in Group Stage where they came short the last time?

If you’re all thrilled and ready, make sure to visit our site and feast on the best eSports betting sites we’ve reviewed there.