T1 and Fnatic have been rivals for quite a while now. Both Southeast Asian teams made it to the International 2021. Will one get left behind this year? The result of their upcoming match might give you a hint!

If you like watching fights between highly competitive Dota 2 eSports teams, you won’t want to miss T1 and Fnatic goes head-to-head on February 11 at 9:00 AM GMT. We’ll give you the lowdown of the two teams to help you better decide where to put your money on. 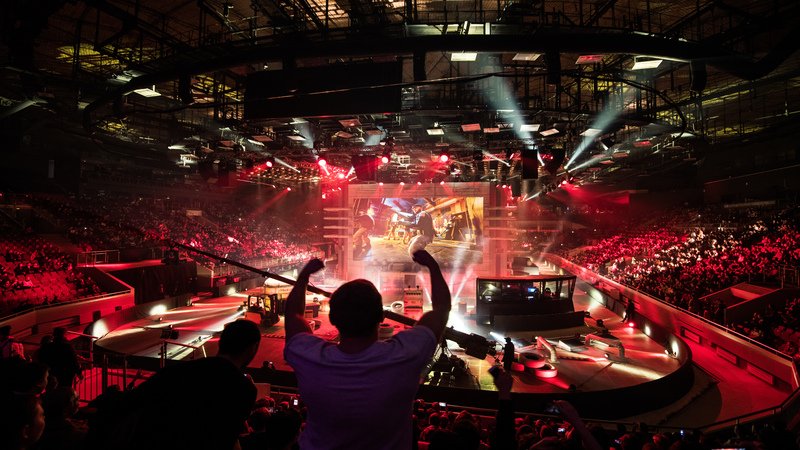 T1’s carry Nuengnara “23savage” Teeramahanon will be put inactive for the first time since the Singapore Major 2021. He’ll be replaced by stand-in Kim “Gabbi” Villafuerte Santos, a Filipino player who has played alongside T1’s team captain Carlo “KuKu Palad in TI9.

How will this affect T1’s performance? We’re curious to find out as well. While we’re sure Gabbi has played a couple of scrims with other T1 members Karl “Karl” Baldovino, Kenny “Xepher” Deo, and Matthew “Whitemon” Filemon prior to the move, he’s yet to play with them in the pro scene.

But T1 isn’t the only side of the coin that has to deal with shuffles. Fnatic has had roster changes themselves. In November 2021, after losing early in TI10, the team parted ways with two members.

Even though Fnatic has clearly won most of their encounters with T1, the odds still favor T1 by a decent margin. Are the bookies seeing something that the average bettor doesn’t?

On Unibet, the odds are 1.83 for T1 and 1.90 for Fnatic. Check out our Unibet reviews to see what they have to offer in full. Meanwhile, Zodiacbet has split the odds to almost even. They offer 1.85 for T1 and 1.83 for Fnatic. It’s interesting that they favor Fnatic a little bit because it shows that not every bookie is willing to follow the rest of the pack.

To give another example, Bet365 is also clear as to which team they think will win the match, giving the odds 1.66 and 2.10 for T1 and Fnatic, respectively.

We’ve looked at even more odds and found that T1 is the undisputed favorite, averaging 1.79 across 10 leading bookies whereas Fnatic gets 1.98. If Fnatic has beaten T1 more than T1 beat them, why would the bookies be so confident as to offer a 19-point difference in average?

Why You Should Bet

In the end, it all boils down to a couple of questions. First, how well does Gabbi fit in the T1 roster? Most bookies certainly think he’s going to do a better job than 23savage, perhaps partly because he’s Filipino and can talk more effectively to Karl (mid lane) and KuKu (off lane), T1’s other carriers who also happen to be Filipinos.

But this isn’t enough to make bookies forget the fact that Fnatic has been owning T1 recently. In their previous encounters, on January 19 and January 22, Fnatic has scored 2-0 against T1. Sure, the two teams only faced each other 4 times in 2020 and T1 won 3 of those matches, but that’s a while ago.

We’re smelling opportunity here. If you think Fnatic will keep the streak alive, you should take advantage of the odds while you still can. You can make profits if the pattern continues. Check out the best bookies for eSports on our site and start betting right now!

Looking at their recent history, it’s clear that T1 is on the backfoot. This doesn’t diminish the team’s strength though. After all, they earned a slot at the upper bracket in TI10 while Fnatic had to work twice as hard just to reach the lower bracket.

Why bet on T1 vs Fnatic other than their match would be fun and entertaining for you as a Dota 2 fan? Because of the latest roster changes, bookies are vulnerable to making miscalculations. Even though they offer great services, as you’ll see in our Bet365 reviews, they’re still humans prone to error.

We’ve also presented the stats. Is it wrong to bet on Fnatic here? They’ve been a fairly solid team all around, never 2 steps behind T1. Their new lineup has already beaten T1 a couple of times prior to their upcoming match. Is substituting Gabbi for 23savage really enough to break the pattern?