Even though a harrowing year for most people, 2021 has been a rollercoaster ride for the CS:GO community. As the Covid-19 pandemic remained a sweeping force to be reckoned with, CS:GO’s top professional leagues continued to produce moments of awe and showmanship.

Now, it’s that time again. HLTV is releasing their list of the top 20 CS:GO players of 2021, stirring speculation among many eSports fans who have seen intense gameplay through the crosshairs of the most lethal CS:GO players in the scene. Who’s going to make it to the top? 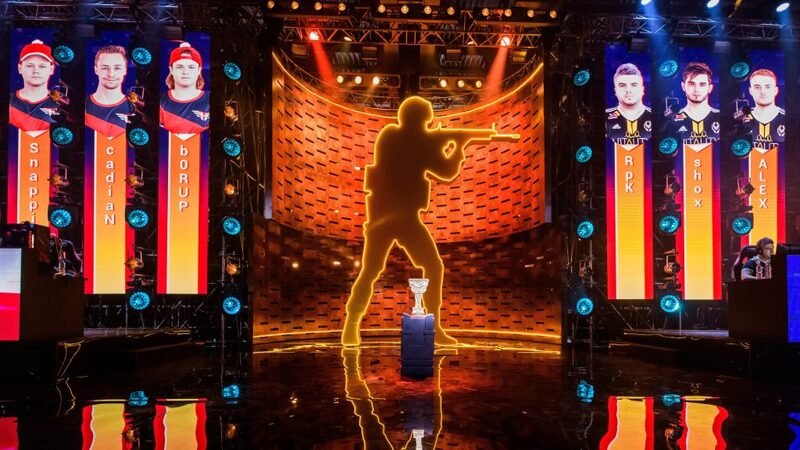 HLTV has been making their lists since CS:GO’s early days. They’ve been a trusted authority thanks to the many resources they have on their site, such as statistics, event catalogs, player profiles and team info. Other than giving fans valuable metrics for weighing pros, the site impacts the community by setting the standards, an act most CS:GO fans find worthy enough to bet on.

Those who made the right predictions won a lot of money and respect. By checking out our eSports bookmaker reviews, you’ll be able to place your own bets while you still can.

The Case for ZywOo

On the surface, Mathieu “ZywOo” Herbaut is the safest pick. The 21-year-old from France, who’s currently playing for Team Vitality, is already considered to be one of the best CS:GO players right now. HLTV has labeled him as the best player for two years, about the span of his professional career.

ZywOo not only helped Team Vitality win the Intel Extreme Masters 2021 but also delivered well enough to be the event’s MVP. The team placed third at BLAST Premier World Final 2021 and 5th-8th at PGL Major Stockholm 2021, an okay achievement that might be insufficient to keep him firmly seated on his throne.

The Case for s1mple

A lot of names have been uttered again and again in the CS:GO community, yet none have made it close to being called the greatest of all time other than “s1mple”. Throughout his career, Aleksandr “s1mple” Kostyliev has gathered accolades worthy of ten large storehouses. He’s won 19 HLTV MVP medals, and one more is now guaranteed to be on the way.

With all the trophies s1mple has lifted, nothing is as heavy as a Major Championship. Domination after domination, “the king remained crownless” as gamers said. This changed when s1mple and his current team Natus Vincere won the PGL Major Championship 2021, their very first Major. With their phenomenal run, the Ukrainian AWPer netted an astonishing 1.47 rating across 10 maps. Will he be crowned as the best player of the year too?

First Half of the Best CS:GO Players of 2021

As of now, HLTV has only revealed the 20th to 11th best CS:GO players of 2021, allowing both eSports bettors and fans to finalize their predictions. The first half of the list includes:

Much of the noise comes from Nicolai “⁠dev1ce⁠” Reedtz being out of the top 10, which only happened back in 2014 when he was still making a name for himself. The four-time Major winner, who’s one of the highest-paid CS:GO players at the moment, started the year with his longtime family Astralis. They finished 7th-9th at BLAST Premier Spring Groups 2021 after falling to Ninjas and Pyjamas and Big Gaming.

In April, however, a shock passed over the entire CS:GO community as Ninjas and Pyjamas announced that dev1ce would be joining their team. The Dane got his chance to prove that he could thrive in a different group at Flashpoint Season 3 where he reached a classic 1.12 rating and helped his team finish in second place.

But the new squad would only face harder challenges from there. At IEM Summer 2021 they abruptly hit a low point after losing to OG and, soon after, to Virtus.pro in the Group B lower bracket final. The Danish AWPer came through with only a 1.00 rating, lingering around the bottom 40% according to the database.

The IEM Cologne 2021 offered some redemption. Playing in LAN allowed dev1ce to regroup and defeat LDLC and MOUZ while maintaining a stellar 1.42 rating during preliminary. Still, it was a short-lived display. Once the main event started, Ninjas in Pajamas fell to Gambit and Virtus.pro. They went home as 9th-12th placers.